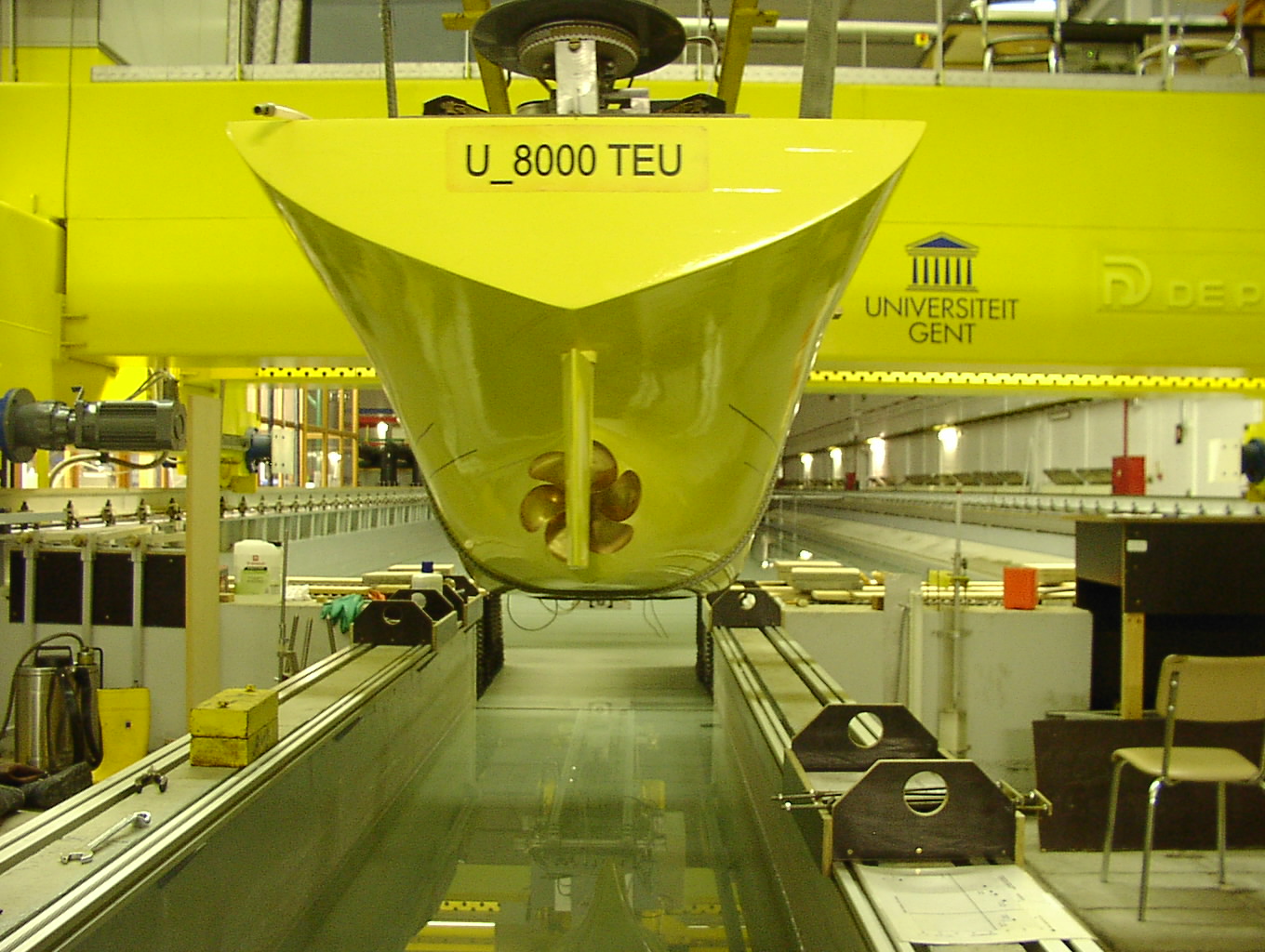 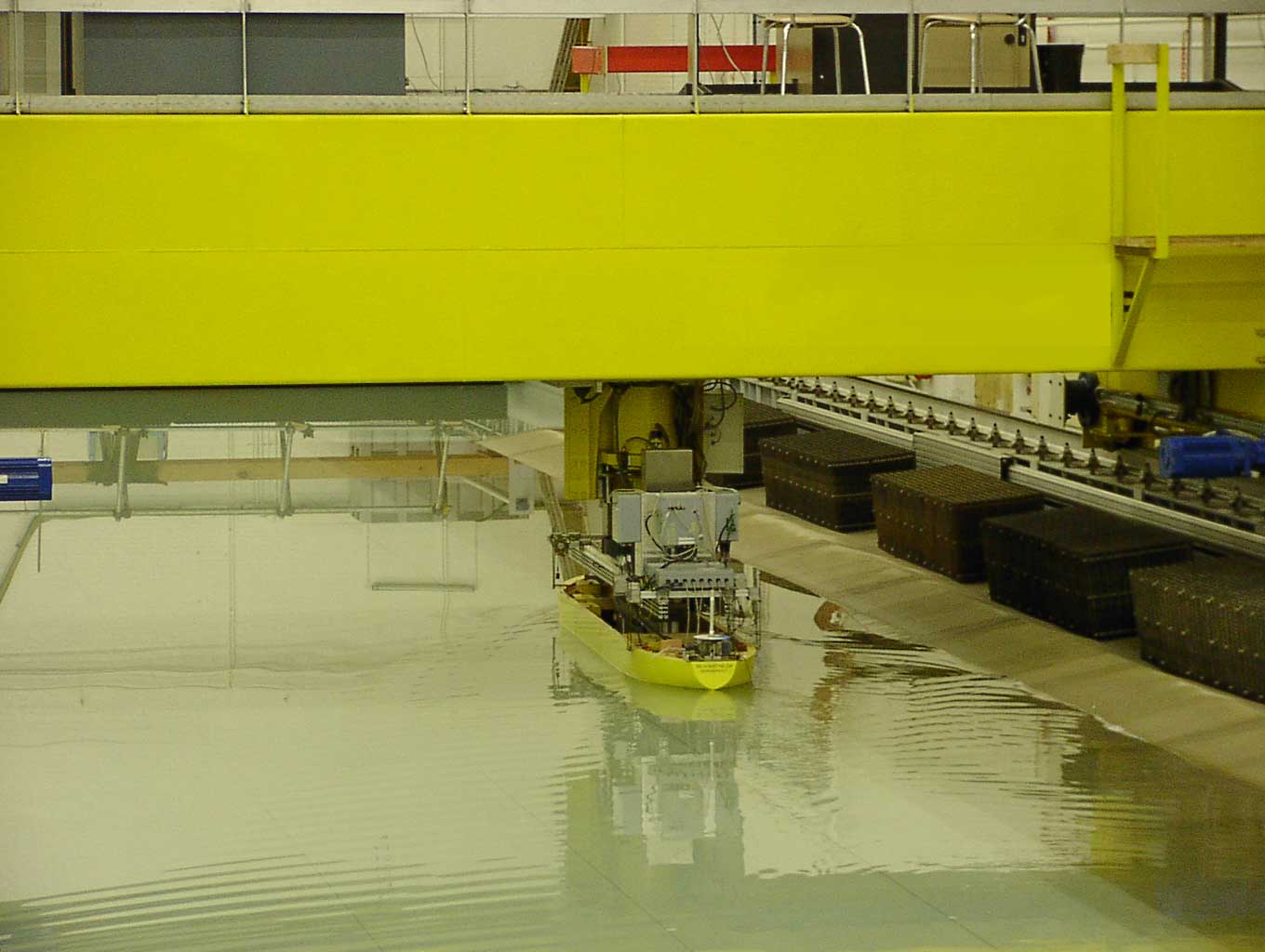 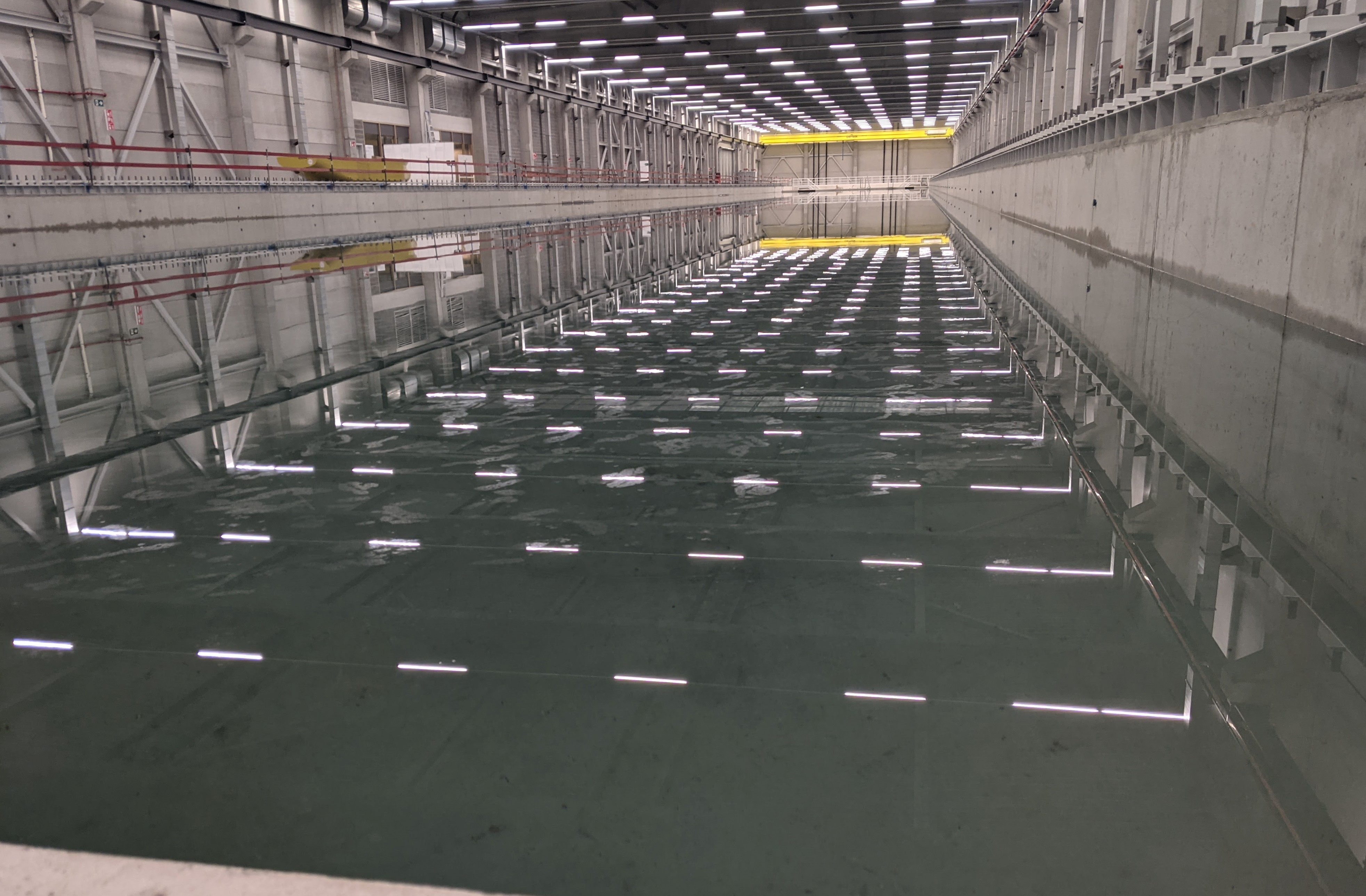 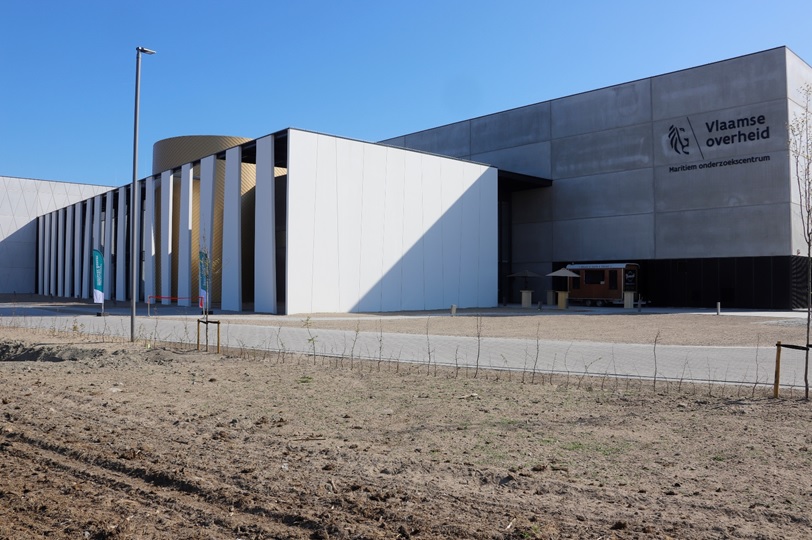 The Maritime Technology Division uses many different software tools to support the work which is performed at a daily basis at the University. These are commercial codes, as well as tools developed as a result of specific (Research) projects, which are used to perform specialised, fundamental research. In-house packages are described in detail, referring to published studies, in case more information regarding content and application of the codes is desired. Do not hesitate to contact us. The Maritime Technology Division has developed several software codes, which are being used for project specific needs and for fundamental research. All codes are in continuous development, extending the code with specific features. Whenever test data are available, the software packages are validated extensively.

MOORDYN: Anchoring of floating objects to the seabed

In the framework of the EDULIS project, a mathematical model is needed to simulate the behaviour of mussel line systems under the effect of environmental loads such as waves and currents. After a preliminary study, the Maritime Technology Division of UGent (MTD) decided to develop an in-house code for this project. The starting point for the development of the new code was the open source software MoorDyn [1], originally developed to predict the dynamics of submerged moored systems. The open source nature of MoorDyn allowed MTD to customize the code according to the needs of the EDULIS project. Numerous modifications and improvements were made to the original software to enhance its capabilities. 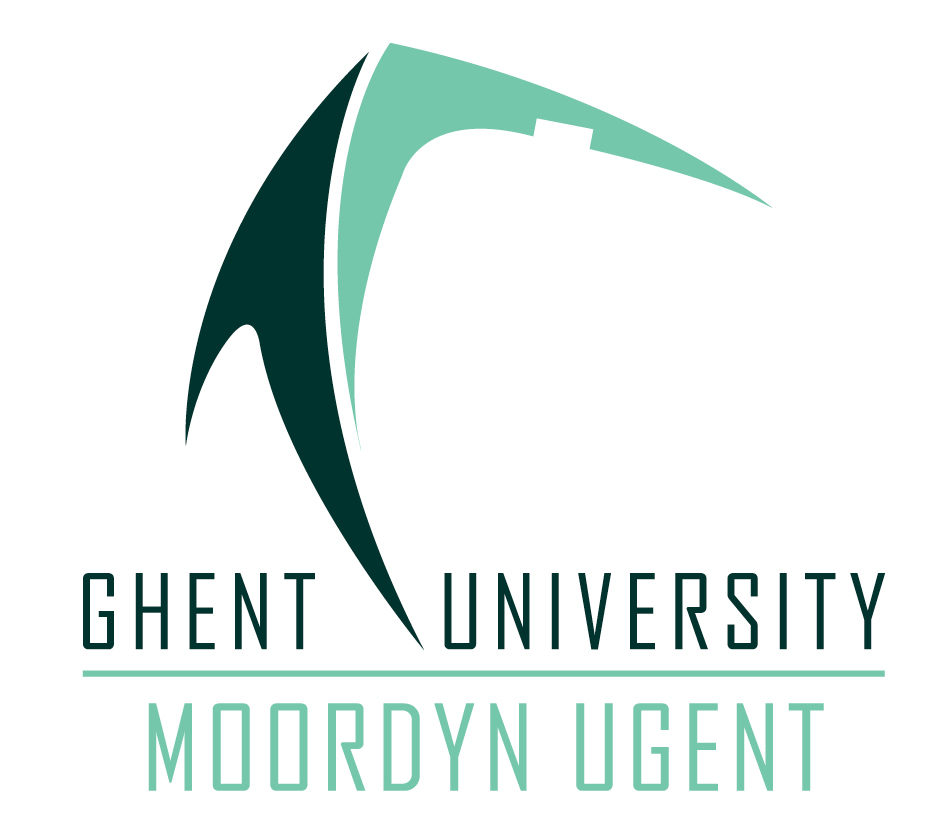 The original MoorDyn code was developed by Matthew Hall and made available through the GitHub platform. This code was conceived to simulate the behaviour of moored systems in the time domain by using a simple lumpedmass approach to model mooring lines and the Morison equation to model the hydrodynamic forces acting on the system components[2]. In a lumpedmass approach, each line is divided into a discrete number of segments, whose physical properties are concentrated in points called nodes. Each node is subject to half of the forces and weight transferred from the two segments on each side. At each time step, acceleration of each node is computed by summing up all the calculated forces. The velocity and position of each node are computed by employing second order Runge-Kutta integration scheme [2]. At the end of a time step, each node has a new position, representing the new position of each of the contiguous segments. This translates into a new position of the whole mooring line system. In the original code, the moored system had to be attached to moving objects (fairleads), whose motions were to be provided in an input file or to be calculated by a complementary code in a coupled simulation. Two versions of the original MoorDyn code exist, one written in C++ and one in modern Fortran. The latter was used by MTD as the starting point for the development of the new numerical tool to be used for the EDULIS project.

In the current modifications, the code can be run as a stand-alone software to predict mooring lines behaviour under environmental loads induced by current, regular and irregular waves. Since the beginning of the project, the following new features have been introduced: The software is adapted to cope with the forces induced on other types of other types of aquaculture (seaweed) or other types of floating constructions (solar panels). 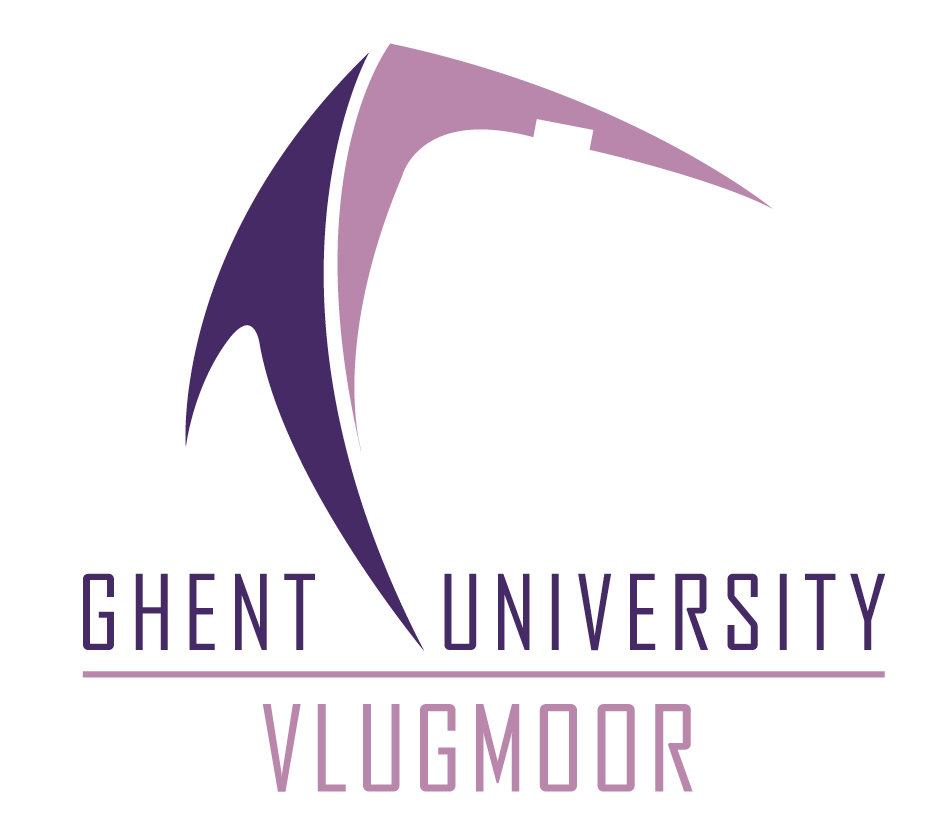 Vlugmoor is used to calculate the behaviour of the moored vessel, under specific external loads. The software can handle input time series of wind, wave and current forces. Passing vessel forces are also modelled, using input from the commercial package RoPES [1]. The response of the moored vessel to these external influences is calculated in the time domain, in order to capture the non-linear nature of the vessel's response. Mooring lines and fenders are modelled, as are the ship's hydrodynamics. Both mooring at a quay and a jetty can be modelled. [1] J.A.,Pinkster; H.J.M., Pinkster, 'A fast, user friendly, 3D potential flow program for the prediction of passing vessel effects', PIANC World Congress San Fransisco, 2014

The code is at the moment exclusively used by the department, to perform mooring studies and research. The software is written in MATLAB language, using object oriented programming to make the code easy to rewrite in other computer languages. The advantage of this using this self-developed package is that it can be easily operated and modified, making it possible to include new modules to the code. The code is at the moment being fully overhauled as part of a PhD thesis.

The software has been validated successfully for passing ship effects, based on full-scale measurements performed at the port of Antwerp. Some of the results have been published at the PIANC World Conference 2018 in Panama [2]. The figures are taken from the referred paper, with on the left passing event at the North Sea Terminal in the port of Antwerp and on the right the surge motion of the moored vessel during the passing event, with a comparison between measured (GPS) and modelled motions. With the further development of the code, more validation work is planned in the near future. 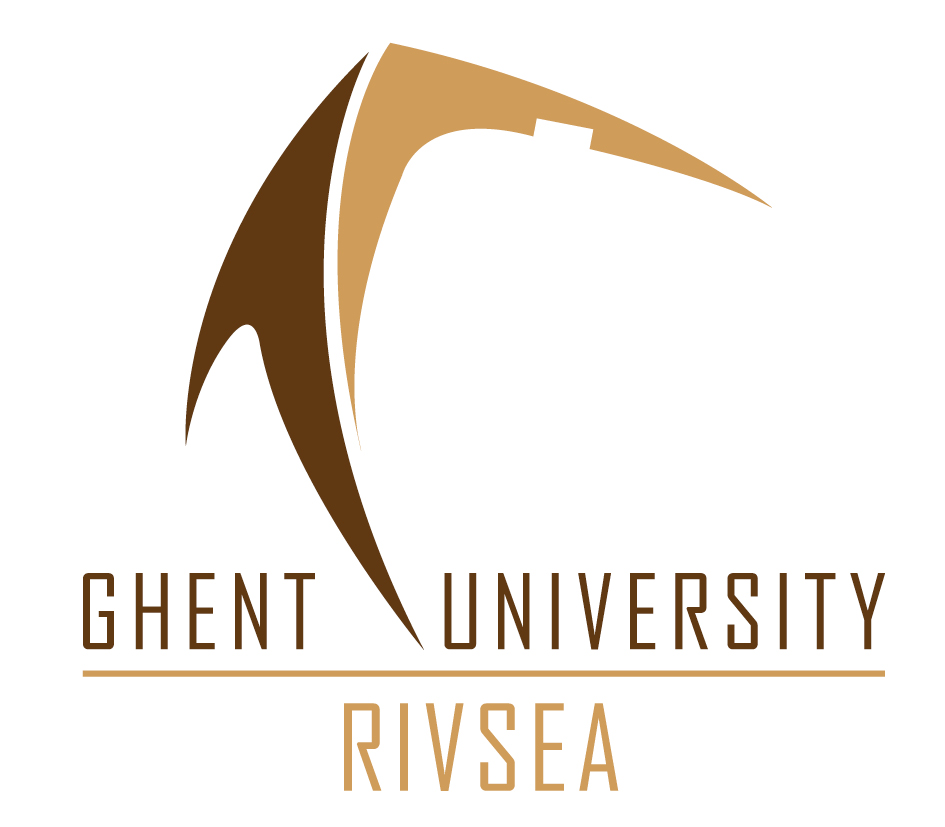 Inland vessels are a key component in the connection between a (coastal) port and the hinterland. A good inland connection is not always available. In these cases, it might be opportunistic to perform a limited sea journey, under strict conditions, with well-equipped inland vessels. In Belgium, such traffic exists between the port of Zeebrugge and the mouth of the river Scheldt, allowing these so-called estuary vessels to reach Antwerp and travel further to neighboring countries. This is regulated by the Royal Decree for sea-going inland vessels [3]. According to this regulation, all inland vessels who want to perform estuary studies need to undergo a probabilistic sea-keeping analysis. Rivsea allows to calculate the response in waves of vessels, based on which a operational significant wave height is defined, by imposed risk limitations imposed by the Royal Decree.

The Rivsea code is used to evaluate the risk of a inland vessel performing a sea journey. This is done according to the procedure outlined in [3] In a first step, the response of the vessel to incoming waves is calculated, based on the wave climate specification and the ship's response function (RAO). This is done for a representative period (e.g. 1 year measurement, with wave data every 2h), based on which the total number of exceedances of a given threshold response is calculated. Based on this risk assessment, the significant wave height up to which the vessel can operate is determined [4]. The figures show a spectral distribution of wave energy (left) and the ship response (RAO) to a unity wave height (center). The right figure shows the result of the risk analysis, giving a significant wave height up to which the vessel can operate. In this publication, a review of the sea-keeping analysis in the current legislation is given.[5] [3] FOD, 'Koninklijk besluit betreffende binnenschepen die ook voor niet-internationale zeereizen kunnen worden gebruikt', Staatsblad 2013 [Dutch] [4] Vantorre, M.; Eloot, K.; Delefortrie, G., 'Probabilistic regulation for inland vessels operating at Sea as an alternative hinterland connection for coastal harbours', EJTIR, 2012 [5] Donatini, L. et al.,'Belgian Royal Decree for sea-going inland vessels, a review for container and bulk cargo vessels', Pianc World Congress Panama City, 2018 The calculation of ship responses for large data sets is performed using MATLAB, which is very efficient to handle large data matrices, performing calculations based on matrix manipulations. The code is written in a flexible way, where the core calculation core is written separately from the in- and output generation modules. This means that wave data can be imported from various locations, being either numerical hindcast results or measured wave data, and converted to the required input format. The software is suited to calculate the response for different variables (bending moment, relative motion) at different locations in a fast and efficient way, allowing to perform risk studies for a design vessel within acceptable time.

The main advantages of the code are that it can handle different input wave sources and that it allows flexibility in the calculation. Next to the default calculation where the significant wave height is calculated up to which a vessel can operate, the need strength/freeboard can also be calculated for a target significant wave height, allowing to give valuable input to ship design.

Typhoon is an open source free and easy to use software in which you can calculate any hydrofoil design. You get: 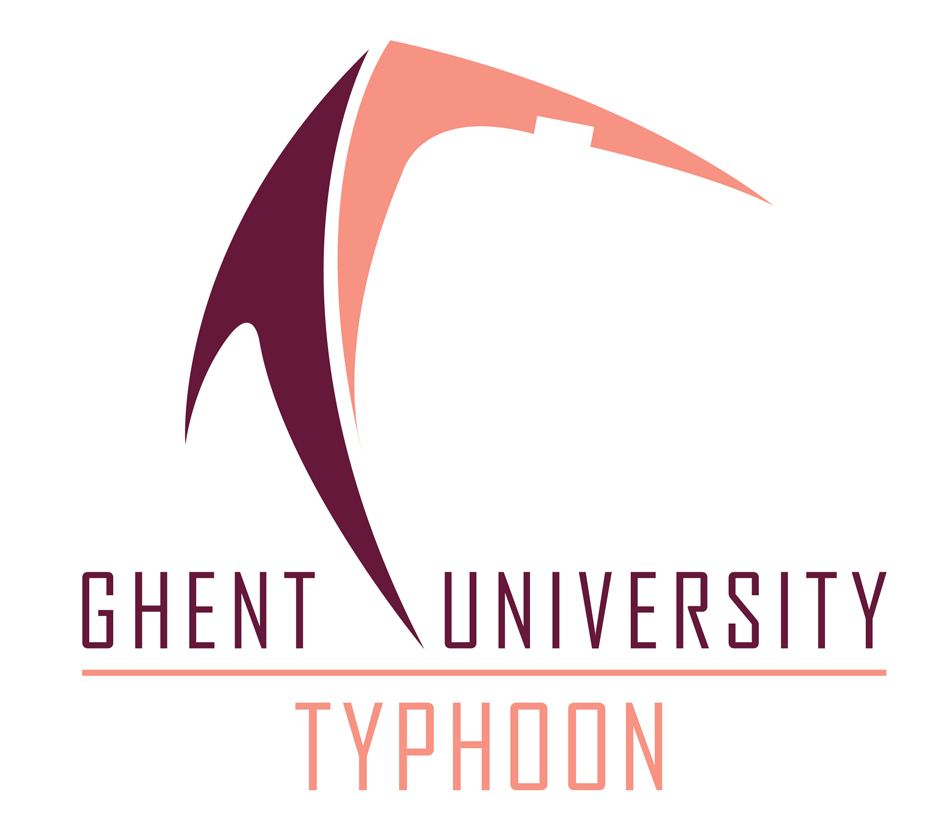 Please log on to the dedicated Typhoon website for more details about the code and tutorials on how to run it.